Posted on January 20, 2019 by Christine Hartweg

Sir Clements Markham (1830–1916) was Secretary and later President of the Royal Geographical Society, a sailor, explorer and geographer, but also a prolific author and translator. Friends of Richard III will always love him for his 1906 biography, Richard III: His Life & Character, in which, as one reviewer wrote at the time, “he has done something to clear the character of an unhappy king”. Oddly enough, the one other monarch Markham wrote a book about was the boy king, Edward VI.

Markham, who had travelled widely in Peru where he researched the history of the Incas, also edited and translated many volumes of original Spanish reports for the Hakluyt Society, whose president he became after his time as President of the Royal Geographical Society. Markham’s work for the Hakluyt Society’s early text editions ranged from Early Spanish Voyages to the Straits of Magellan to the Embassy of Ruy González de Clavijo at the Court of Timour at Samarcand, 1403–1406.

He also translated a Spanish novel, first printed at Burgos in 1554, by Diego Hurtado de Mendoza, a Spanish intellectual and diplomat from an illustrious family of magnates. While staying in Venice as the Emperor Charles V’s ambassador, Mendoza was even portrayed by the great Titian. As it happens, the same Diego de Mendoza also became Guildford Dudley’s godfather on his stay in England in 1537/1538. In 1553, Mendoza congratulated Guildford on becoming king. 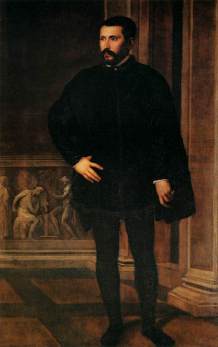 The book Markham translated was The Life of Lazarillo de Tormes. It relates the adventures of a boy who starts life as a beggar, one chapter being entitled: “Success of the poor should be a lesson to the rich”. There were no less than two translations in Elizabethan England, and the book turned out very popular.

In his biography, King Edward VI: His Life & Character, Clements Markham observed that

THE reign of King Edward VI. in our histories is the reign of Somerset and the reign of Northumberland, not the reign of Edward, who is left in the background, quite overshadowed by less noteworthy personages. The result of my studies has been the conviction that the young King was by no means a cypher.

Nevertheless, and very remarkably for the time he wrote, Markham believed that Northumberland had been unfairly treated by historians: 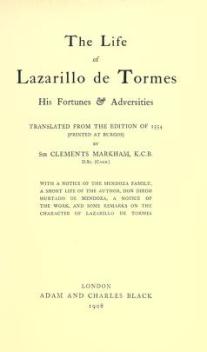 JOHN DUDLEY, Baron de Somerie, Viscount Lisle, Earl of Warwick, and Duke of Northumberland, was a man of mark. He guided the destinies of England for three years and eight months. It was the happiest period of King Edward’s short life, and an advancing time for the country. The work done was destroyed by Mary for a time, but only for a time. Yet hitherto historians have dealt out nothing but abuse to this remarkable and very able man. He may have committed many faults in the last three years of his life. He was brought up in a bad school. He was as rapacious as Somerset. But, as has truly been said of the Emperor Tiberius, a man does not live to the verge of old age in high repute, and then suddenly become a monster without a redeeming virtue. This is the picture history draws of John Dudley. It conveys a false impression.

Clements Markham was also sympathetic towards Robert Dudley, Earl of Leicester, in his book, The Fighting Veres, about two notable soldiers of the de Vere family who fought in the Dutch war of independence.

You can find the books by Clements Markham at archive.org or google books.

Hi, I'm the author of "Amy Robsart: A Life and Its End" and "John Dudley: The Life of Lady Jane Grey's Father-in-Law". I blog at www.allthingsrobertdudley.wordpress.com
View all posts by Christine Hartweg →
This entry was posted in Edward VI, Guildford Dudley, John Dudley, Robert Dudley, sources & historians and tagged books, Diego de Mendoza, Richard III, Spanish. Bookmark the permalink.
%d bloggers like this: