How Much Did Lettice Knollys Resemble Queen Elizabeth I?

Posted on March 3, 2018 by Christine Hartweg

It is often said that Lettice Knollys, Robert Dudley’s second wife, bore a remarkable resemblance to her first cousin once removed, Queen Elizabeth I. Because Robert Dudley risked his favoured position with Elizabeth when he married Lettice, biographers have sometimes assumed that he felt attracted to Lettice chiefly because she was a younger version of the queen.

The only contemporary description of Lettice, contained in a report by the Spanish ambassador, Diego Guzmán de Silva, says that she was “one of the best-looking ladies of the court and daughter of a first cousin to the Queen, with whom she is a favourite.”1 There is no word of her supposed resemblance to Elizabeth. The only way to ascertain how much Lettice looked like her royal cousin is to compare their portraits. We have only a few, perhaps only one, authentic portrait of Lettice, while Elizabeth’s portraits, ubiquitous in her time, are mostly copies made after a handful of original paintings. Still, a comparison leaves much doubt whether they looked like one another at all. 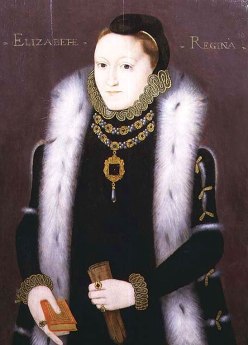 Queen Elizabeth, in the early years of her reign

Elizabeth I by Quentin Massys, c.1583 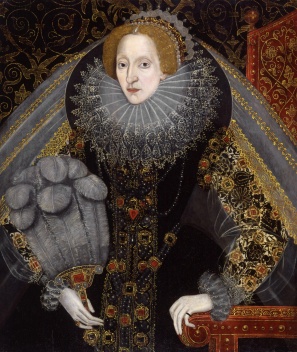 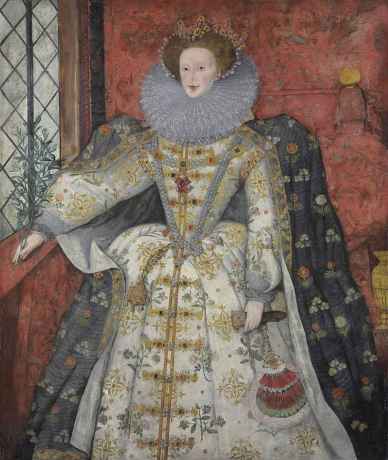 Elizabeth I in parliament robes, c.1595

As cousins (Elizabeth was Anne Boleyn’s daughter, Lettice Anne Boleyn’s grandniece) they might well have shared a family resemblance, but judging from the portraits this seems not to have been overwhelming. It is also often claimed that both Lettice and Elizabeth were red-heads. In the case of the queen this seems to be true, and she would naturally have set the fashion for many other ladies of the court (her black teeth certainly did). It is therefore likely that the not very natural-looking red hair of Lettice’s principal portrait was the result of dyeing or even a wig. Elizabeth apparently wore a wig after loosing all her hair through smallpox in 1562.

Hi, I'm the author of "Amy Robsart: A Life and Its End" and "John Dudley: The Life of Lady Jane Grey's Father-in-Law". I blog at www.allthingsrobertdudley.wordpress.com
View all posts by Christine Hartweg →
This entry was posted in Elizabeth I, errors & myths, Lettice Knollys, paintings. Bookmark the permalink.

4 Responses to How Much Did Lettice Knollys Resemble Queen Elizabeth I?